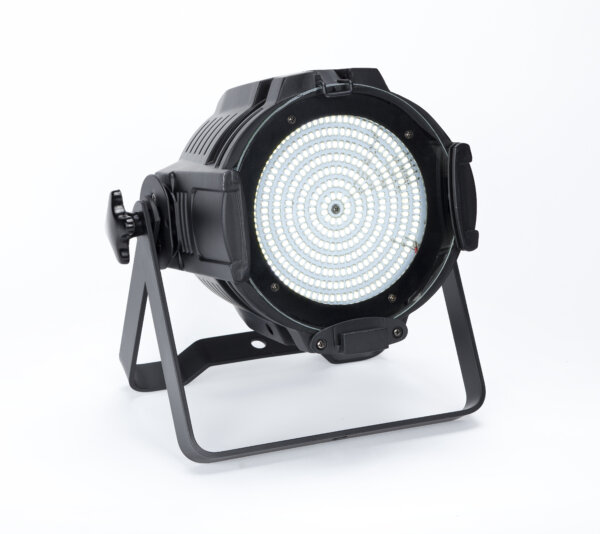 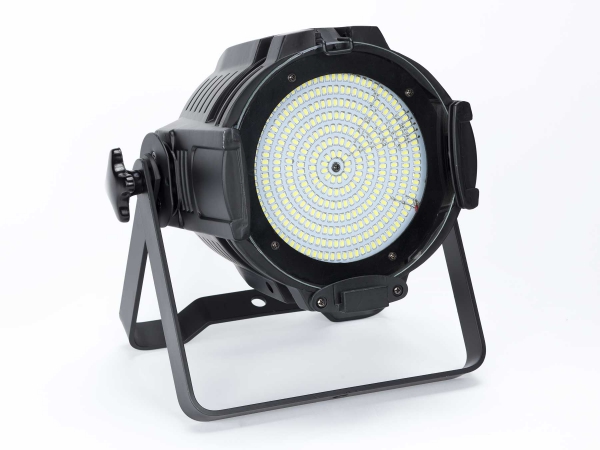 The elektraLite Burst Strobe is a strongly powerful LED strobe designed for both intensity and digital effects.
With 336 half-watt LED’s, the elektraLite Burst Strobe is a powerful fixture. Designed with cool 7,200K diodes, this strobe light has a wide 120 degree beam angle, allowing for wide coverage with less fixtures. The half-watt diode allows for quicker cooling and more impact, as well as effects.

The elektraLite Burst Strobe has built-in features, including eight rings of LED diodes for hypnotic effects. Pulse, random, and scatter settings allow for a wide variety of strobe, lightning and electrical effects. Additionally, individual control of each of the eight rings, allows for shape effects as well as hypnotic and intensity rush effects.

A user-friendly onboard control interface allows for multiple control options including master/slave, DMX, simple-strobe, and console-free static operation. The elektraLite Burst Strobe has 5-pin XLR DMX connectors (both in and thru). With a convenient, strong double-yoke included standard, mounting options are limitless.

Each fixture includes the following accessories:

There are no reviews yet.